In addition to the thousands of service members who fought communist forces during wars in Korea, Vietnam, and other conflicts, many service members risked their lives off of the battlefield while collecting intelligence on the Soviet Bloc, the People's Republic of China, and North Korea during the Cold War. The sacrifice made by these Americans enabled the United States and our allies to contain the threat of communist expansion until the collapse of the Soviet Union.
Today, 126 service members remain unaccounted for from the Cold War.

News Releases are official statements of the Defense POW Missing Personnel Office. News releases for 2012 appear on this page. Prior year releases are available via links at the bottom of this page. 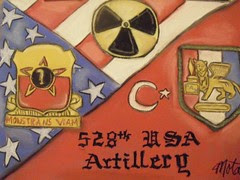