Here's a quick rundown of what we've been up to this week.

In Case You Missed It:

Check out a quick video recap: 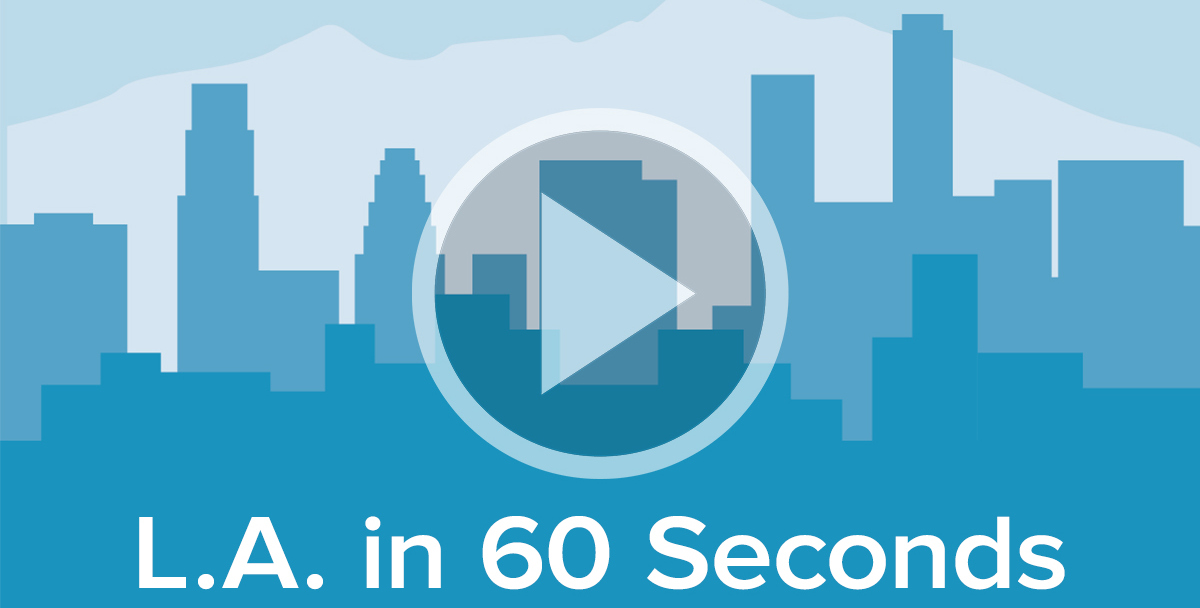 NEW TOOLS FOR A SMARTER CITY
This week, I helped unveil two innovative tools to make life in L.A. smarter and easier. The Go L.A. app allows users to choose between cheaper, faster, or greener ways to get around the city, on everything from a bicycle to Lyft. Our brand-new Geo Hub centralizes data about L.A. for everyday Angelenos and City departments — using GIS technology to map everything from recreation programs to newly-filled potholes and fire hydrants. The Geo Hub will also ease the way for developers looking to build apps for everything from parking to permits.

WORKING WITH THE WHITE HOUSE ON IMMIGRATION
I had the honor of hosting the first-ever White House Regional Convening on New Americans right here at City Hall. It was inspiring to hear so many great ideas for making the American Dream real for everyone in our city.

VETERANS AND HOMELESSNESS: LOOKING OUT FOR EVERY ANGELENO
I was with Secretary of Veterans Affairs Robert McDonald to unveil the V.A.'s new master plan for the West L.A. campus, which will provide permanent supportive housing and other resources for our city's veterans. Later that day, I joined thousands of volunteers to take part in our annual homeless count — a vital tool to ensure that we get more Angelenos off the streets.

Posted by Unknown at 2:01 PM No comments: Links to this post

As many of you may already know, disabled Veterans are eligible for tax exemptions — and with tax season occurring, there's no better time to start thinking about how you want to file them. According to the IRS, more than 50 million people do their taxes themselves. Since doing your taxes online can range from easy to very complicated, Reviews.com wanted to inform the public of the different options of online tax software programs. They spent 80 hours digging into this industry to develop a resource to help families choose which tax service is best suited for their needs.

With the help of three tax professionals, scouring through dozens of articles and reviews, hours spent researching IRS data and personally testing out the finalists, the Reviews team found three leading programs out of 22 competitors. The top contenders all have top of the line customer service, easy-to-understand design and language that anybody could comprehend.

Because the last thing you want to do is make an error when it comes to your finances, they also complied a comprehensive guide and detailed comparisons, while also offering critical information on filing taxes.

To read their top choices for the best online tax software programs: http://www.reviews.com/online-tax-software/

Posted by Unknown at 10:58 PM No comments: Links to this post

WASHINGTON, Jan. 22, 2016 — President Barack Obama issued a statement today expressing his condolences and those of the first lady to the families of 12 Marines lost in an apparent helicopter collision off the Hawaiian coast last week.

The Coast Guard called off its search for possible survivors Jan. 20, and officials announced yesterday that the Marines had been officially declared dead and that their families had been notified.

"As we mourn this loss, we are reminded of the sacrifice men and women of our armed forces make each day for the freedom and security of their fellow Americans," the president said in his statement. "The willingness of our troops to complete dangerous training to prepare for any mission our nation asks of them will not be forgotten."

The spirit of the missing Marines was reflected in the actions of the many dozens of service members and others in Hawaii who searched day and-night for the downed helicopters, Obama added.

"Communities from coast to coast are mourning these Marines, and our nation is forever grateful for their patriotism, service, and sacrifice," the president said. "Our thoughts and prayers are with their families and loved ones at this difficult hour."

Posted by Unknown at 12:39 AM No comments: Links to this post

IT'S NOT TOO LATE TO GET YOUR FLU SHOT

Posted by Unknown at 9:48 PM No comments: Links to this post