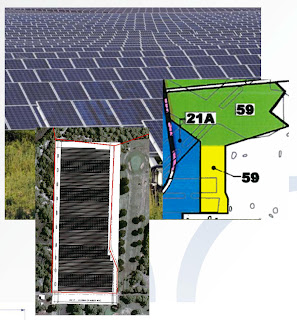 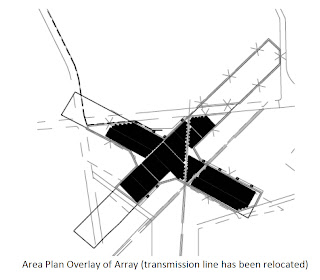 We have below a simple statement that you can send in, and the address to
send it to by EMAIL to the Navy Region Hawaii Public Affairs Office, which
will collect your comments and forward them to the Section 106 Navy staff at
Pearl Harbor concerned with historic Ewa Field land use.

You can send text email, a PDF Doc or Word Doc, if you prefer to use Your
own organizations letterhead, etc.

*** BELOW IS OUR OWN EWA FIELD COMMENT TESTIMONY YOU CAN USE:

I believe the best option for preservation of the December 7, 1941 Ewa Field
Battlefield Site, which has been researched, identified, published and
distributed by Navy Region Hawaii, is for the proposed Photo-Voltaic Solar
Panel farm to be placed OFF the historic battlefield runway and in an area
below it. This would allow both historic preservation and renewable energy
generation and be a win-win solution for all concerned.

The Photo-Voltaic Solar Panel farm developer, Hunt Corp of Texas, has
already drawn up an alternate location proposal which would meet the same
needs for solar power generation, which also meets the National Park Service
recommendation as well as the public opinion of many in the local community
of Ewa which would like to see the battlefield site preserved for a future
park and National Landmark.

Your Name
and Organization
Address

FASTEST WAY- EMAIL your text, Doc or PDF TO:  cnrh.pao@navy.mil

*** The issue is:
Should the historic December 7, 1941 battlefield runway have a large scale
Photo-Voltaic Solar Panel farm on it as "preservation"
(Minimum 20 years with high security fence, power poles, trenches, etc.)

Should the large scale Photo-Voltaic Solar Panel farm be located OFF the
historic December 7, 1941 battlefield runway in a separate area.

The National Park Service has recommended "options that would place the
photovoltaic array away from the Proposal runaway." This is also the opinion
of most people in the local Ewa Community, including civic, veteran and
historic interests, which want the area to become a recognized National
Battlefield and National Landmark.

There exists substantial space to move this project off the historic runway
which the Navy Ewa Field battlefield survey has made clear that the area
needs further preservation, analysis and historic interpretation.

*** Hunt Corp willing To Move PV If Public Supports It ***

Hunt Corp has already prepared an alternate Solar Panel array site well OFF
the Ewa Field Battlefield in a land area known as the "panhandle" which
actually has better roadway and power line access.

The choice is SO OBVIOUS - HOWEVER, Public Comment directed to the Navy is
VERY IMPORTANT to make sure that the Ewa Field Battlefield Historic runway
isn't damaged with security fence post holes and powerline cable trenches.

The Ewa Field Battlefield memorial park would support not only honoring
December 7 military and civilian casualties, but would also honor veterans
of other wars and conflicts, including Korea, Vietnam, Iraq and Afghanistan.

December 7, 1941 battle began before Pearl Harbor was even attacked between
US Marine defenders and attacking Imperial Japanese naval air units, which
was part of the historic air raid on Pearl Harbor which brought the United
States into the Second World War. There is significant national and local
community support and interest in preserving the Ewa Field Battlefield from
civic, veteran and historic interest groups.

The USS Arizona Memorial averages 4,500 visitors each day and more than 1.5
million visitors from around the world each year. The Park's brochures are
written in 23 different languages and its audio tours are in seven languages
to accommodate international visitors. Visitor tour support for a National
Park at Ewa Field can be extrapolated from these figures.